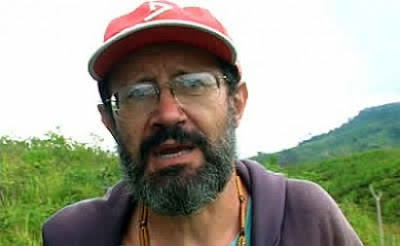 Father Fausto Tentorio, an Italian missionary of the Pontifical Institute for Foreign Missions (PIME), pastor of Arakan Valley, on the big island of Mindanao (southern Philippines), was killed this morning, between 8.30 and 9 in front of his parish. This was confirmed by his brother Fr. Giovanni Vettorello, PIME, who had been living with him for eight years. The missionary, on his way to a priest’s meeting of the Diocese of Kidapawan, all of a sudden was attacked by two armed men who cold-bloodedly shot him to the head and back. The priest was taken to hospital (in Antipas, about 20 km from the scene of the crime), but the doctors simply confirmed his death. When the news reached Kidapawan, the Bishop, Mgr. Romulo De la Cruz, “was shocked and speechless,” and his brother, Fr. Vettorello, returned to Arakan and then rushed to the hospital. The local faithful are holding a wake over the body in the parish and they pray continuously. The homocide “took everyone by surprise,” says Fr. Vettorello: “We are not living a time of particular tension, as in the past. Of course, the missionary work always involves risks, but Fr. Tentorio had no enemies, neither did he ever say that he had received threats, nor had there been a striking episode to justify the crime.”  MORE>>>

The Complex and Interesting Landscape of Atheist/Theist Dialogue