In these days our Jewish brothers and sisters are celebrating the high holy days. Rosh Hashanah (Hebrew: ראש השנה‎, literally “head of the year”), is the Jewish New Year. It is the first of the High Holy Days or Yamim Nora’im (“Days of Awe”) which usually occur in the early autumn in the Northern Hemisphere. Rosh Hashanah is a two day celebration which begins on first day of the month of Tishrei, the first month of the Jewish calendar. The day is believed to be the anniversary of the creation of Adam and Eve, the first man and woman, and their first actions toward the realization of mankind’s role in God’s world.[1] It is described in the Torah as יום תרועה (Yom Teru’ah, a day of sounding [the Shofar]).[2] Rosh Hashanah customs include sounding the shofar and eating symbolic foods such as apples dipped in honey. The common greeting on Rosh Hashanah is “L’Shanah Tovah.” 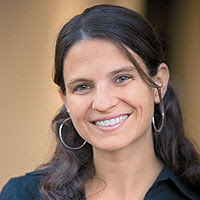 We delve into the world and meaning of the Jewish High Holy Days — ten days that span the new year of Rosh Hashanah through Yom Kippur’s rituals of atonement. A young rabbi in L.A. is one voice in a Jewish spiritual renaissance that is taking many forms across the U.S. The vast majority of her congregation are people in their 20s and 30s, who, she says, are making life-giving connections between ritual, personal transformation, and relevance in the world. Rabbi Sharon Brous is the founding rabbi of IKAR, a vibrant Jewish Spiritual Community in Los Angeles dedicated to the integration of spiritual and religious practice and the pursuit of social justice. Listen in on the wonderful radio program ON Being, where Sharon is interviewed here.

Awe-some Music Inspired by the Jewish High Holy Days: An excellent reflection on the playlist for “Days of Awe.”

9/11: The Conversation We Never Had

Rise, Take up Your Mat and Walk in a Pandemic