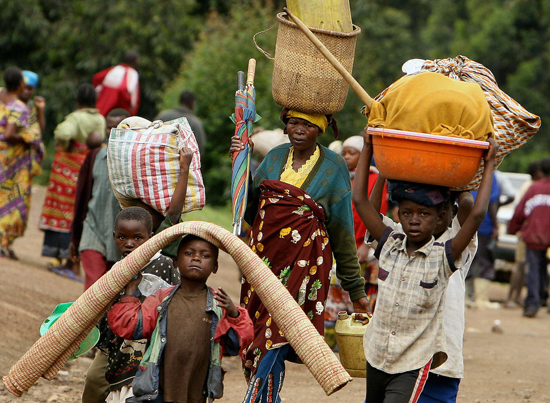 The Congo is the greatest humanitarian crisis in the world today where nearly 6 million people have died since 1996, half of them children 5 yrs old or younger and hundreds of thousands of women have been raped all as a result of the scramble for Congo’s wealth. The United Nations said it is the deadliest conflict in the world since World War Two. However, hardly anything is said about it in the media. Can you imagine 45,000 people dying each month and hardly a peep from anyone in the age of the Internet? This is literally what has happened and continue to happen in the Congo. There is a media white-out about Congo and no worlwide resolution to end the conflict and carnage there.

From October 19-25th college campuses from around the world will be bringing awareness to the war in the Democratic Republic of the Congo. There is a very exciting development among students throughout the globe. In October 2008, students from the US, Canada, England, Belgium, Germany, France, Brazil, Jamaica, Norway, Korea, Ghana, Mali, South Africa, Columbia, etc. etc will organize events (films, lectures, demonstrations, and more) on their respective campuses dealing with the Congo situation. We are calling it “Break the Silence” Congo Week where at least 100 countries and 1,000 university campuses will participate in a week of activities in solidarity with the students of the Congo. The purpose of the Break the Silence Congo Week is to raise awareness about the devastating situation in the Congo and mobilize support on behalf of the people of the Congo. It will take place from Sunday October 19th to Saturday October 25th. The key organizers are students from North Carolina A&T , UNC Chapel Hill, UNC Greensboro, University of Maryland, Howard University, Bowie University, and Cornell University.

It may be useful on our part to draw attention to this campaign in our dealings with parishes and with our friends and benefactors.

The Largest Human Gathering on the Earth