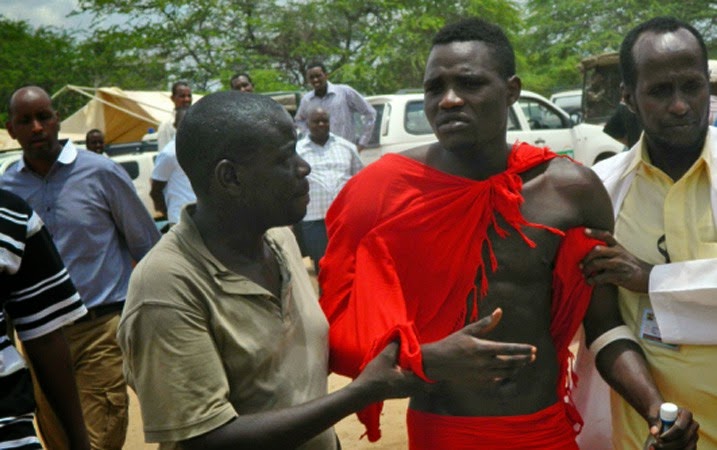 In light of our dialogue work with Atheists and Humanists, we found this article by John L. Allen, Jr. in Crux to be quite thought provoking.  We re-present his article for you here with the one caveat. Mr. Allen seems to naively equate Atheists with  Richard Dawkins or Christopher Hitchins, not realizing perhaps these two do not represent many Humanists and Atheists who are not so negative about religious persons. As much diversity and division there is among Christians, you can find similar differences among Atheists and Humanists. For more information about our work in this area click here.

This week, Holy Week no less, two stories broke that together illustrate a towering irony about the rise of violent Islamic extremism: In a growing number of places these days, nobody has more in common than Christians and atheists.

In Kenya, the militant Islamic group Al-Shabaab launched an assault on Garissa University College, beginning by shooting up a Christian prayer service. The gunmen then moved on, leaving Muslims unharmed while killing or abducting Christians. All told, 147 people are believed to have died.

It’s not clear if the militants deliberately chose one of the holiest days on the Christian calendar for the assault, though Christmas and Easter tend to be periods of special risk for Christian minorities in many parts of the world.

In Bangladesh, a blogger passionately opposed to religious fundamentalism named Washiqur Rahman was hacked to death in Dhaka by two men wielding knives and meat cleavers. It followed the eerily similar murder of Bangladeshi-American atheist blogger Avijit Roy in late February. Roy was assaulted by two men with machetes.

Reports out of Bangladesh assert that over the past two years, several other atheist bloggers have either been murdered or died under mysterious circumstances.

Both these Kenyan and Bangladeshi victims were targeted not just for being non-Muslims, but a specific kind of non-Muslim.

Among Islamic radicals incensed with the West, no two groups stir rage like Christians and atheists. Christians symbolize the perceived sins of the Western past, while atheists embody what Islamists see as the decadence and apostasy of the Western present.

In Europe and North America, we tend to think the primary cultural fault line pits liberals against conservatives, with religious believers often concentrated on one side. American pollsters, for instance, say one good predictor of whether someone will vote Republican or Democrat is how often that person goes to church.

In much of the rest of the world, that’s just not how things align.

Instead, the clash that matters is between those who support a secular state and those seeking to impose theocracy by force. Radical Islam tends to be the most lethal version of the latter option, but it takes other forms, too, including Buddhist radicalism in Sri Lanka and Myanmar, Hindu extremism in India, and even forms of Christian militancy in conflict zones such as the Central African Republic.

When the question is framed as pluralism vs. intolerance, the result is to put religious minorities, non-fundamentalist followers of the majority religion, and non-believers in the same boat, with Christians and atheists often at special risk should intolerance prevail.

That’s why no voice in the Catholic Church has emerged as a more eloquent advocate of secular governance than the bishops of the Middle East, for whom separation of religion from the state isn’t a theoretical concept, but a survival strategy.

When the Middle Eastern bishops gathered in Rome for a 2010 summit called a “synod,” they issued a strong call for “a sound democracy, positively secular in nature … completely respecting the distinction between the religious and civic orders.”

It’s a platform even the most ardent atheists ought to be able to embrace.

Given those dynamics, one unintended consequence of the threat posed by religious fanatics may be to recalibrate the relationship between non-believers and religious moderates.

Bangladesh, for instance, is a country of 156 million people that’s 86 percent Muslim; Christians form just 0.4 percent of the population. It’s hard to imagine any two groups there with more to gain from making citizenship, not religious affiliation, the basis of civil rights than Christians and atheists.

For such a coalition to emerge, each side will have to give.

Non-believers will have to move beyond the conceit that religion itself is the problem, acknowledging that one can be both a person of faith and also committed to pluralism and equality. That’s not just a theory, but the lived reality of untold millions of religious believers all around the world.

Believers, including Christians, will have to acknowledge that they’re not the only ones suffering. They’ll also need courage to say to fundamentalists that a secular society makes room not only for different religious traditions, but also for the Avijit Roys of the world.

If that kind of partnership is to become a global force, Pope Francis may be well positioned to help put it together.

The pontiff has already carved out a good relationship with some atheists, including a series of conversations with a leftist Italian journalist named Eugenio Scalfari, a man with a demonstrated knack for attracting admiration in secular circles.

As shocking as it may seem, one could almost imagine Francis inviting Richard Dawkins, the best-selling atheist pundit, to join him in denouncing the atrocities in Kenya and Bangladesh and defending “healthy secularism,” meaning a state that makes room for both religion and non-belief, but doesn’t impose either one.

Had Christopher Hitchins still been alive, perhaps the pontiff might have considered reaching out to him … and for the record, many of us would have paid real money to watch that exchange.

Whether such a dazzling gesture actually ensues is anybody’s guess. What’s certain is that as Christians observe Easter today, a growing number may have good reason to look on their atheist neighbors as their new best friends.