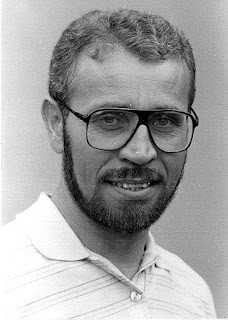 On the 12th of June, Father Sergio Favarin passed away after a long and difficult illness. He was ordained to the missionary priesthood in 1973. He was 66 years old.

After his ordination, from 1974-79, he was involved in youth work and global mission awareness with young people, as well as assisting  those considering a lifetime commitment to the mission of the Church as a Xaverian.

In 1979 he was assigned to Burundi in Africa where he was expelled from the country, along with other Xaverians by the dictator Mr. Bagaza who wanted to rid his country of the Catholic Church; some missionaries were imprisoned and others severely restricted in their movements and activity. Fr. Sergio’s expulsion occurred in 1981.

Despite the hardships of forced expulsion Fr. Sergio gladly received a new assignment to Cameroon in West Africa where he served for the rest of his life. There he worked tirelessly as a pastor of a parish in Gounou Gaya and he served as Provincial superior of the Xaverians in Cameroon from 1997-2011, as well as other various projects.

Please pray for this good missionary who gave his life for the mission of the Church in Africa.

Re-visioning mission: the Catholic Church and culture in postmodern America